Polar Night Light Festival brings light to Ruka Ski Resort in the middle of winter darkness! The slopes of the resorts are illuminated with a myriad of colours. The festival is a yearly tradition, and it is held during the last two weeks of January. You can enjoy the festival by acquiring a regular ski lift ticket, and go on foot with the Gondola, or with alpine skis or snownoard. On Fridays, the resort works extended hours until 23.00. You can also witness various light installations that are hidden in different parts of the resort. Have fun! 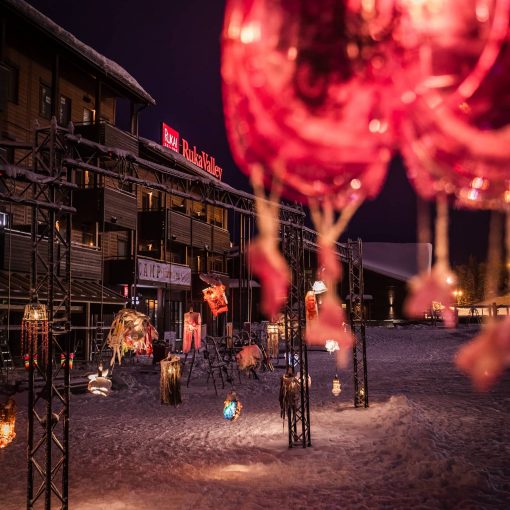 Our trip to Ruka Ski Resort was a bit of a surprise. The ski resort has sent me an email with a nice hotel deal (I am an returning client!). The deal was for their newly built Ruka Valley apartment hotel, which is situated on the Eastern side of the resort. The deal for 3 nights was 198€ which is rather nice for winter season. The Polar light festival is held during a low season, so you can get good deals for hotels.

I was looking forward to test out RukaValley, however, the Ski Resort phoned me and told that some parts of the hotel were still under construction, and they had to move our booking to the RukaVillage hotel, with small upgrade.

That, actually, was a great coincidence, as the view from apartment was directly to the front slopes! We were keen on making some photos and videos about the festival, and now we could actually do it from our balcony! It was just too good and too easy! 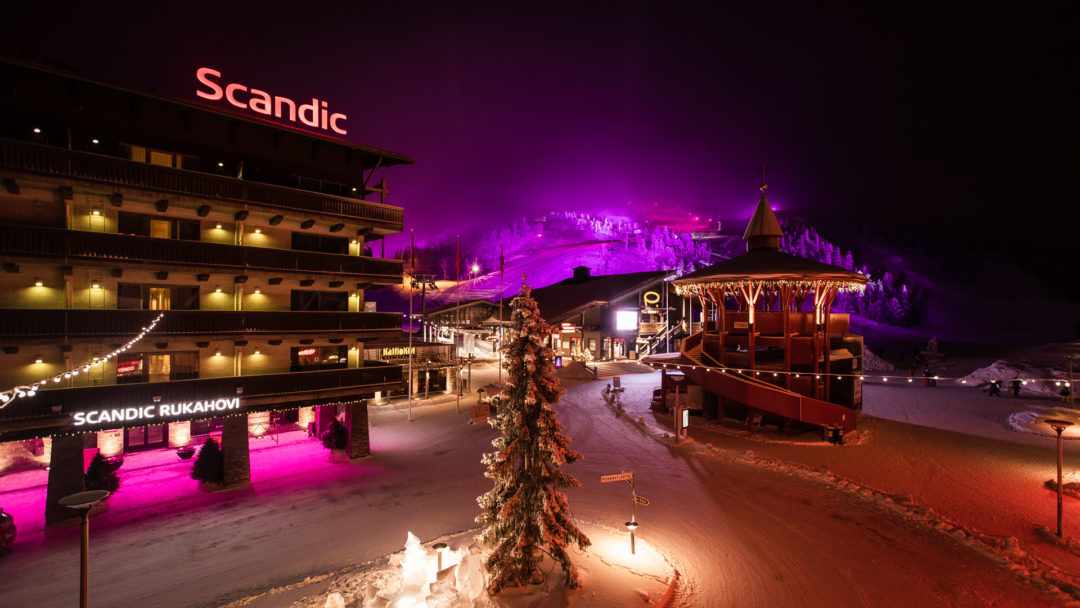 Our apartment was just above my favourite food place in whole Kuusamo, but more about that later 🙂 The slopes of the resort were already partly illuminated, but there was still two nights until the official opening. We’ve decided to check out the nearby Riisitunturi National park, famous for its snowy candle-like trees. Our stay included the breakfast in the Colorado restaurants downstairs. It is not really shabby, but you won’t leave hungry. A good bowl of porridge, some sandwiches and bacon was quite enough 🙂

We spend the whole day in the snowy Riisitunturi national park, and you can read about it in the new article.

Next day, the festival was about to start. From our balcony, we were watching how more and more lights were turned on around the resort. We went to grab our ski passes and hit the slopes. 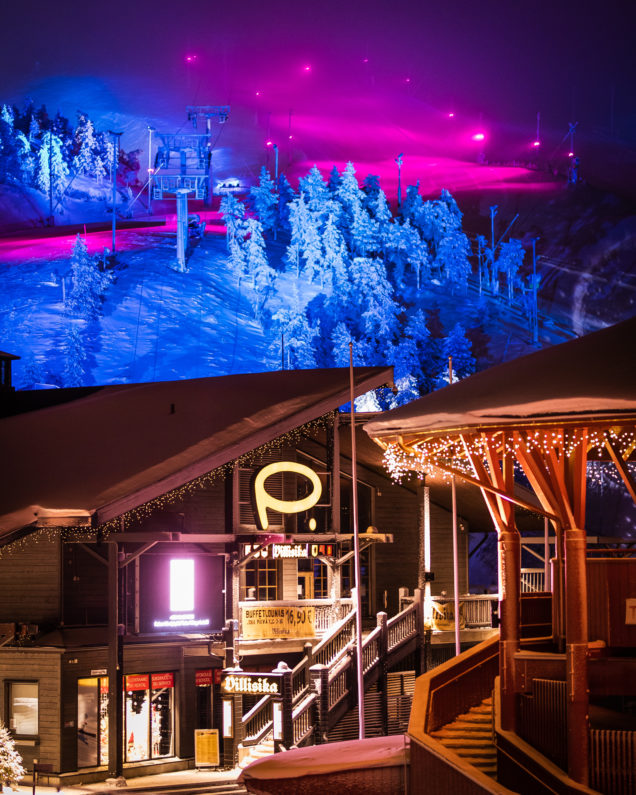 Another photo taken just from our balcony at RukaVillage hotel. 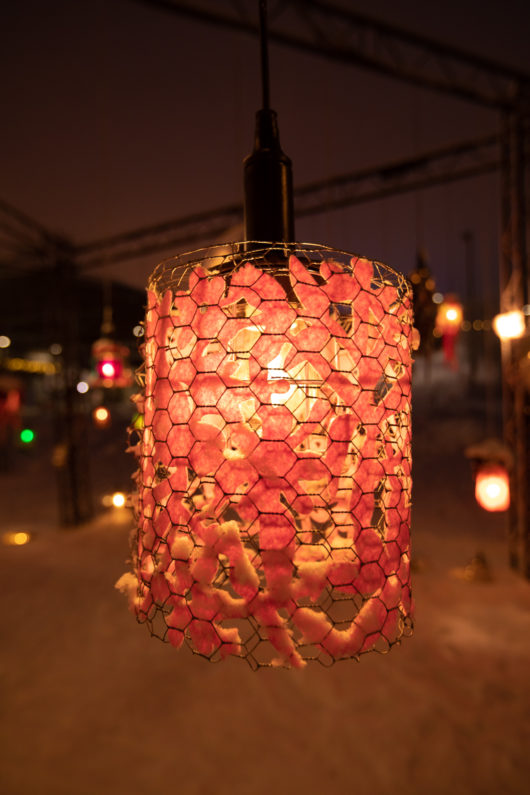 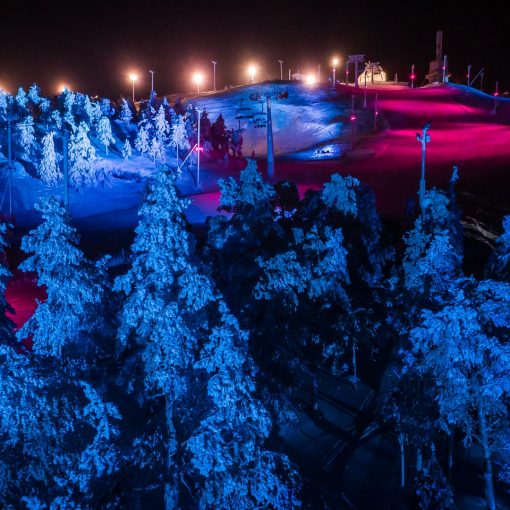 The lights became pretty visible around 4pm, about an hour after the sunset. After that, the whole resort was lit by various colours and light textures that were changing from time to time. 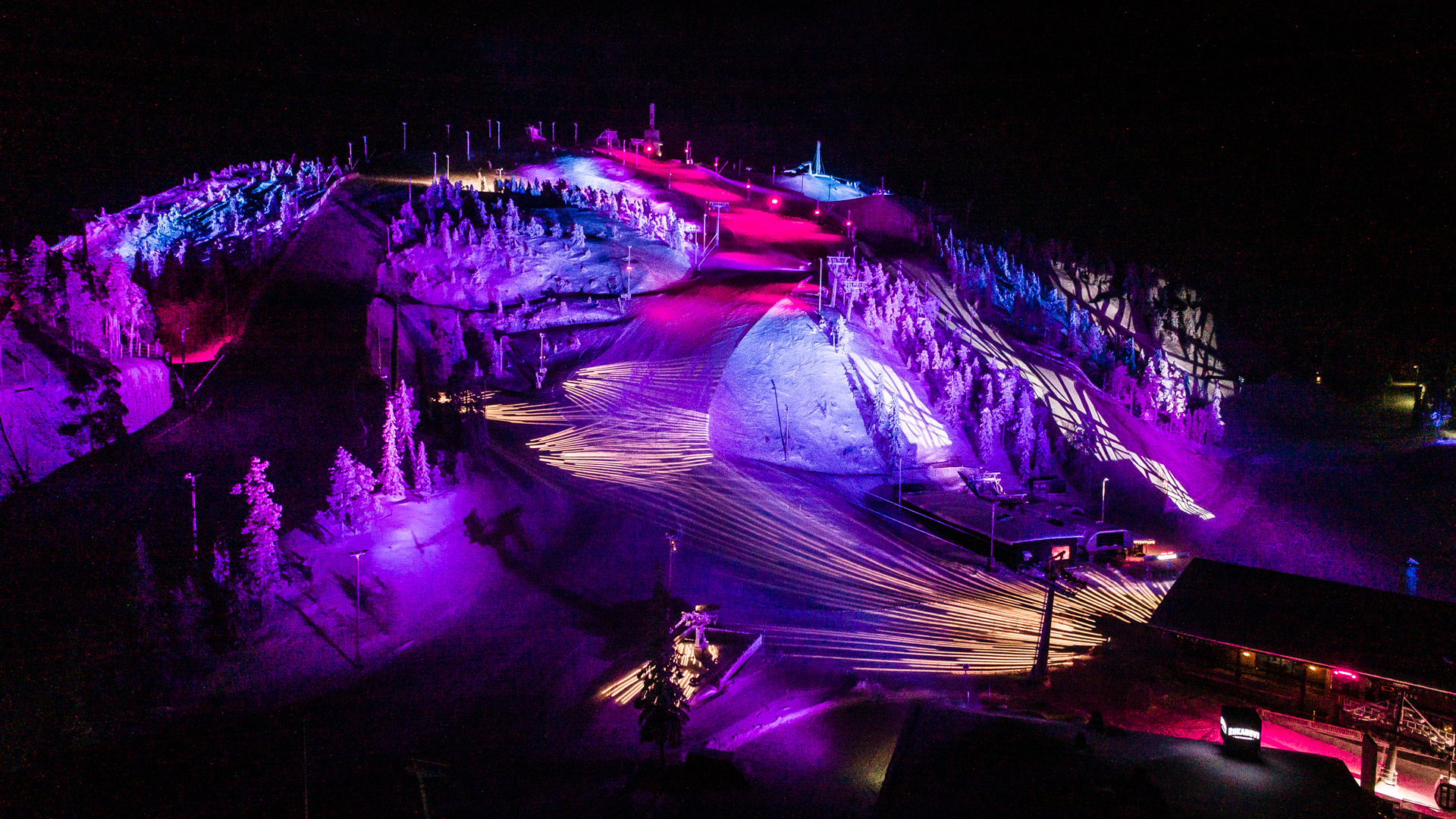 On the other side of the resort we have found a light installation with many custom made lanterns, hanging from the air. It must have meant a great amount of work to make those! 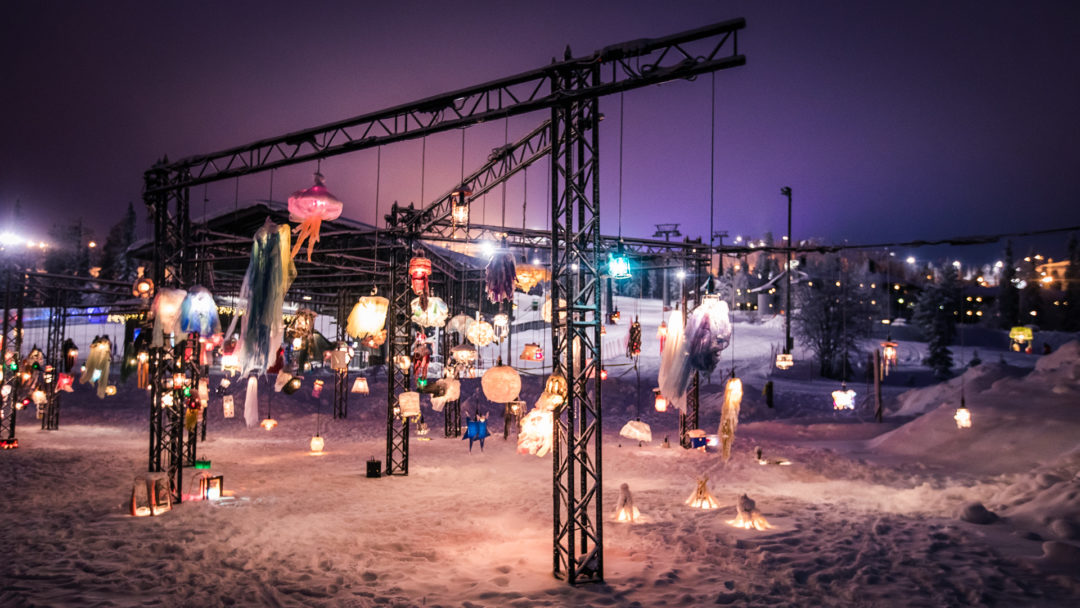 Our friend Simo from Simo Vilhunen Creative was taking photos for the resort, and he has arranged a little surprise! He invited local reindeer herders from the Kujala Reindeer Farm to model for us. After meeting at Ruka centre, we passed by the local pub with three reindeer (true story!) and continued on to the slopes. 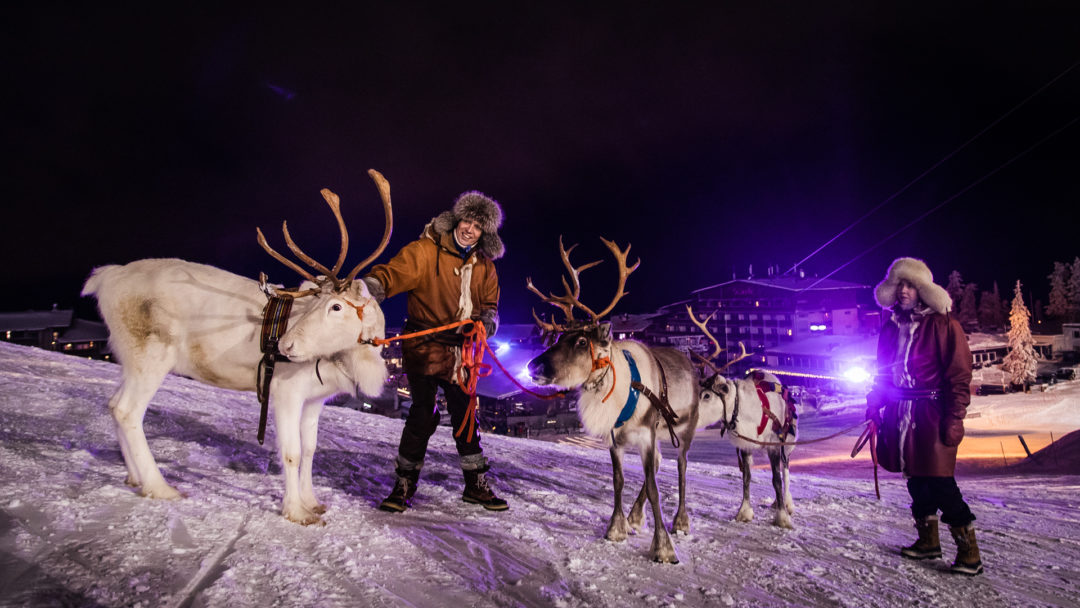 We did show the reindeer some light installations too! 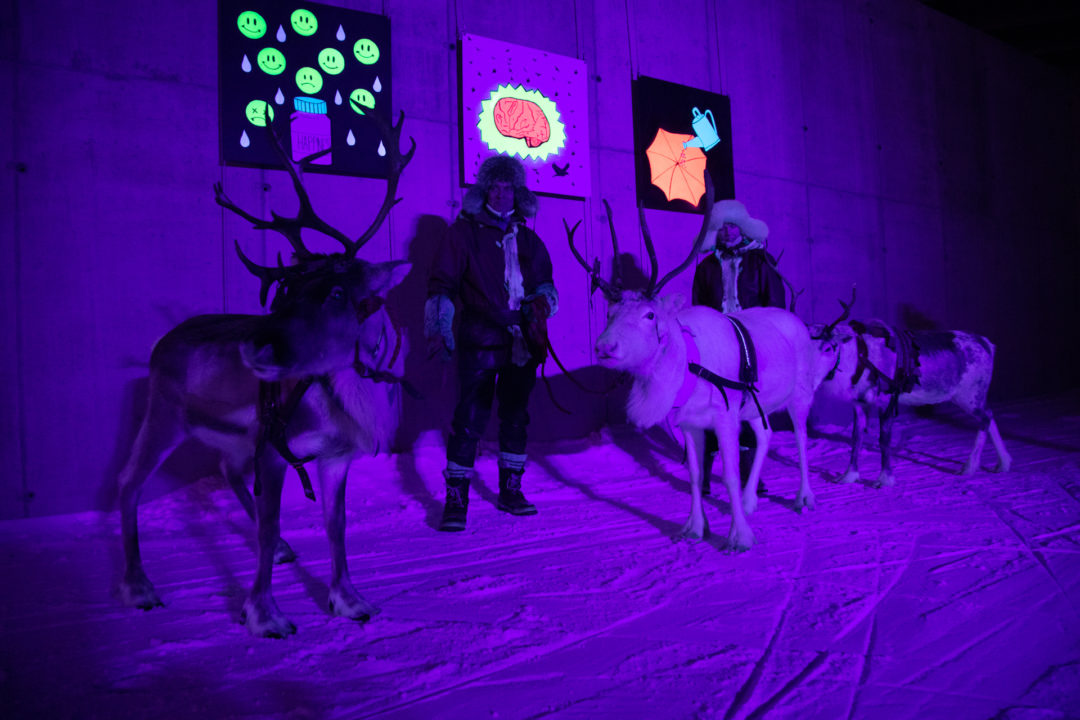 We did some nice pictures in the end with the Gondola lifts and the reindeer. 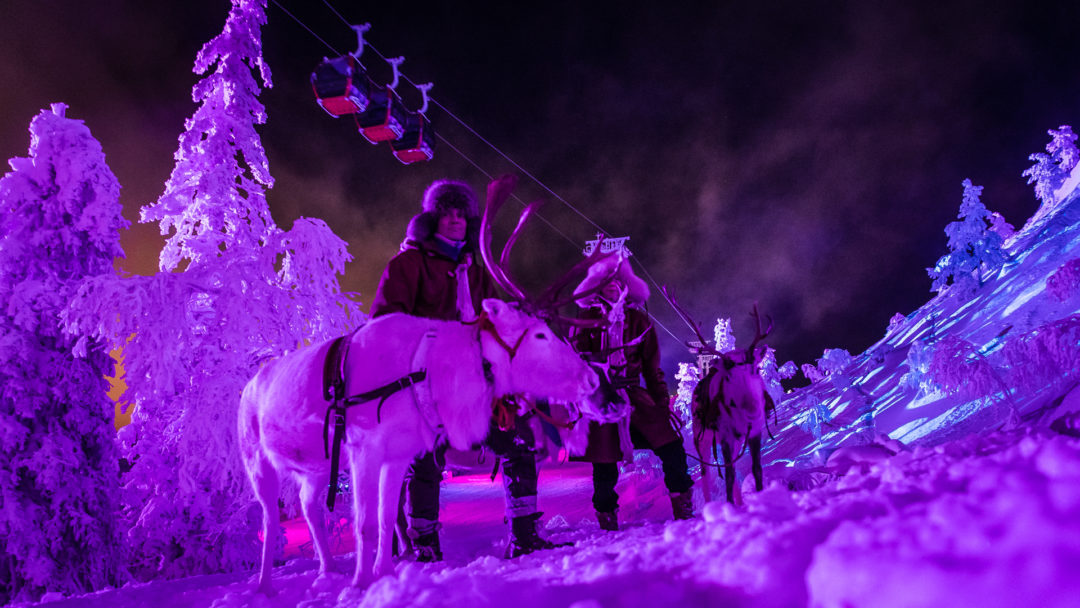 Behind-the-scenes image of our filming : 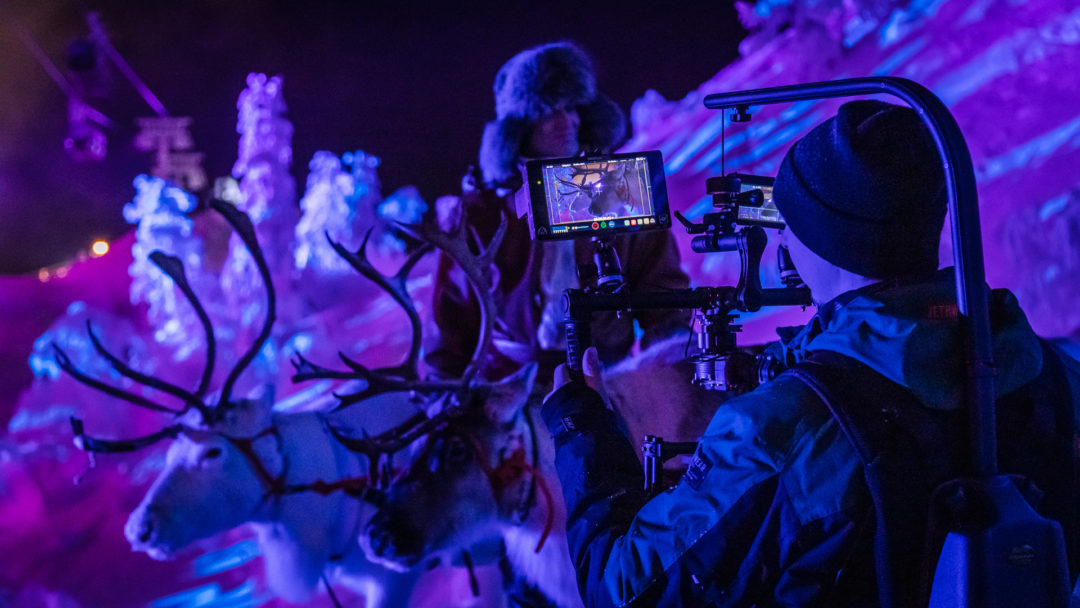 The festival officially kicked-off at on the front slope with a big light torch slide. Many of the visitors of the resort have put on or borrowed some lights, and gather on top of the resort. 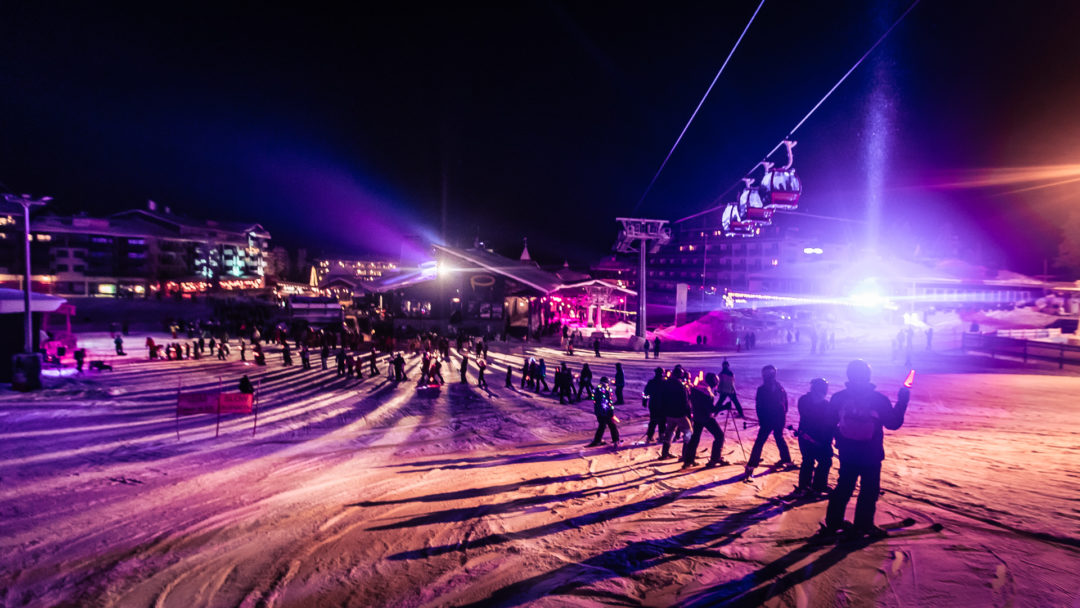 Exactly at 19.00 the skiers with lights started their epic descent. You can best see this epic moment on our video:

Oh yeah, after (or in the middle of) skiing, we loved to spot by our favourite food joint in Ruka Village (and whole Kuusamo), the RUOK burger joint. Needless, to say, they offer best burgers in whole Northern Finland. Juicy, succulent, made on the charcoal grill, just amazing! These days, we were lucky to taste the seasonal reindeer burger. 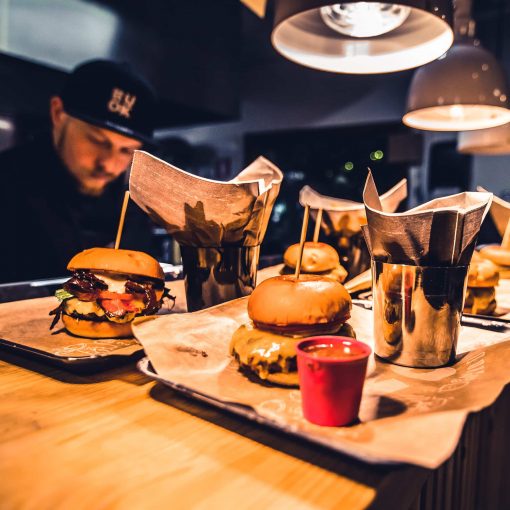 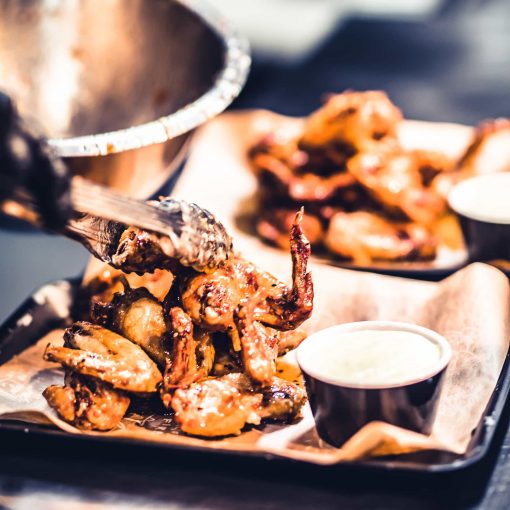 We were also lucky to taste their new treat – chicken wings. I have yet to taste better chicken wings than here. So full of flavour, with sweet and sour sauce! I am craving for them right now! 🙂

All-in-all, the Ruka Polar Night Light Festival is an amazing event! It is relatively off-season, with lots of things to do, and not so much people around. The light definitely brings another dimension to the skiing, and to the whole experience at the resort.

Just the regular ski pass will do.

Fridays the resort works until 23.00. 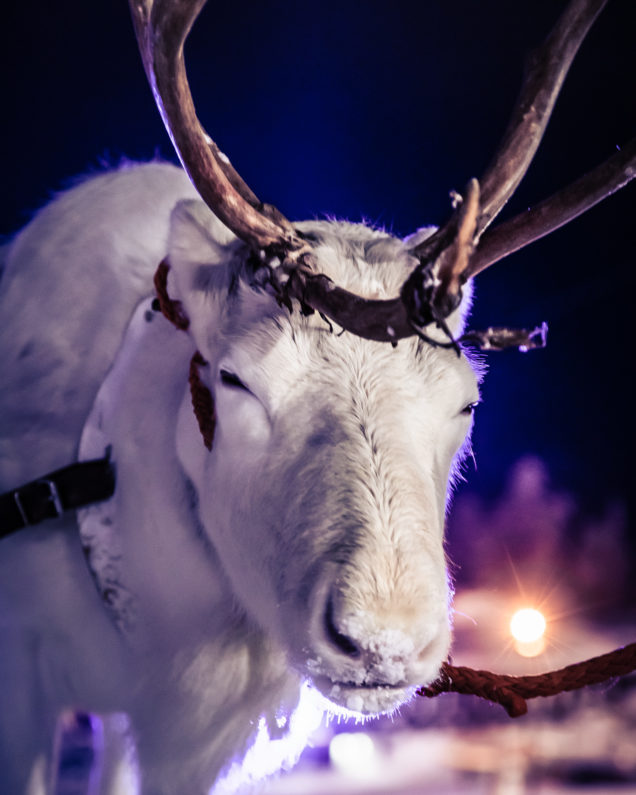 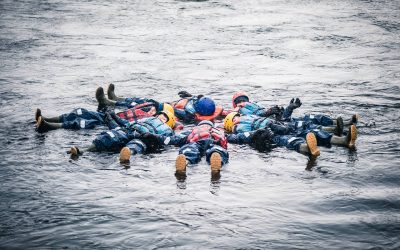 Floating in the rapids in icy cold water at Ruka Kuusamo

Floating in the icy rapids is one of the fun activities that you can do in Ruka Kuusamo! Feel yourself weightess and let the river carry you down!

END_OF_DOCUMENT_TOKEN_TO_BE_REPLACED 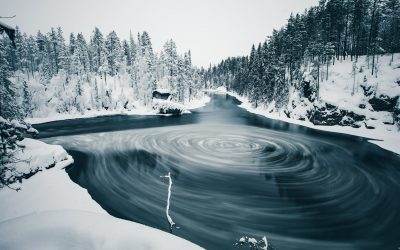 Myllykoski Old Mill is one of most beautiful locations in Finland. It is a part of Oulanka National Park famous for its amazing natural landscapes.